A Book with All Unicode Characters

By chance, I recently came across a book that is a buy recommendation for anyone interested in typography and characters. The book is 656 pages thick, contains all the current 109,242 digital characters of the Unicode character set, and weighs almost 2 kilograms. I came into contact with Unicode early on because I love the Japanese language a lot. When I redesigned my martial arts website kogakure.de for the second time in 2000, I introduced a lexicon of Japanese martial arts terms with a set of graphics for Japanese characters. But this was hard to maintain, and I decided to publish a new version of my lexicon with Unicode in 2002. At that time, the spread of Unicode was somewhere between 0 and 1%, but I’ve been defying my visitors’ protests. Anyone who wanted to see the characters were forced to install the optional character set from the Windows CD. Today, an evaluation by Google estimates almost 50% of all websites are encoded in Unicode.

The current Unicode version 2.0 supports theoretical 1,114,112 characters, of which 109,242 are currently included. The current thick book offers for those interested a fantastic insight into the writings of this world. The first chapter deals with Unicode, its creation, structure, code tables, the recording method for new characters. There are chapters about different types of words and sounds, typography in politics, keyboard layouts, minority fonts, and modern input e.g., via the iPhone.

On the following hundreds of pages, all characters are listed, each with their code, language name, and font used. The appendix contains detailed statistics on the genesis, sources, period of creation, status, region, languages, type of writing, typeface, and the number of people who use them. Not all languages are yet included but have preserved space, e.g., the Aztec pictograms, various African languages, previously undeciphered languages, and the historical language Cirth by J. R. R. Tolkien. The book is equipped with two colored bookmarks (blue/green) that allow switching between the characters and the detailed explanation in the appendix.

I love that about every 5-10 pages a colored double page is inserted, on which the authors introduce beautiful or interesting characters. This book shows the creativity and beauty of the writings of many, diverse peoples, and is wonderfully suited to leafing through them again and again.

On the official website you can find a digital version in the English language, which allows searching, browsing, and exploring the world of Unicode. There is a 2½-hour-long movie showing all characters. 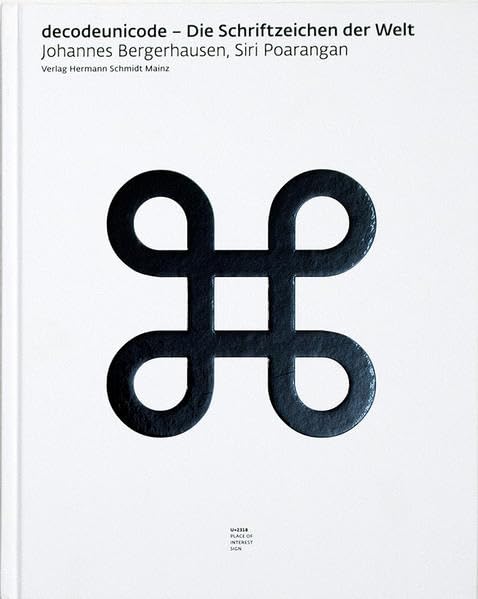